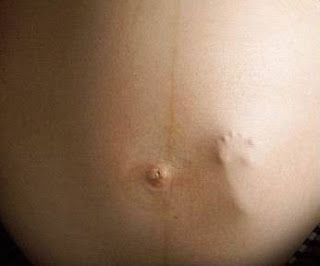 The Creator stood before me with imploring arms out stretched and a huge belly out front. “Do you not think for one moment that I gave birth too?….That I carried as you carry…that I gave birth as you give birth…that I gave birth to the universe and it came out from me?” Sheer exasperation was in The Voice.
I was shocked, gobsmacked, a flood of thoughts began to pulse towards my mind as if they had escaped from somewhere….I stared at this big Mama, squinting my eyes in concentration as realisation slowly dawned; the thoughts one by one, squeezed through my miniscule comprehension like a camel through the eye of a needle.

Recently, I had noticed a theme where counterfeit deities behind belief systems kept ultimately presenting themselves as female but I had not understood why.  Why are they always female pretenders to the throne?…isis, mary, mother nature, queen of heaven…there’s loads of them…. If it is the very incarnation and repeated act of birth that speaks over and over of Creator birthing Creation then these counterfeits reveal this. The imposter takes on this role over and over again like an obsession; pretending to be the Mother, pretending to be The Womb. 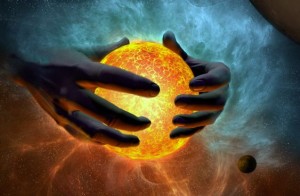 ….So that is what the deceiver wanted, to be like the Creator and create it’s own but it CANNOT. This was the root, the desire to be creator, to create and have the same attention and worship. I want to be like You, ‘created’ said to ‘Creator’.

This attention seeker’s hatred is greatest for the womb of God and the life that poured forth from it. Its fixation is to destroy the fruit of that womb and therefore harm the One it came from. Abortion and the knife in the womb takes on a whole new significance.

That which was once a ‘created wonder’ became a ‘Jealousy’, thoroughly absorbed with twisting and deforming all life to continually present the darkest of ruinations before the One and Only, to mock and ridicule. The truth is, all that has life belongs to the One Womb and has already been regained by the True Mama by giving Her Son to restore ALL. 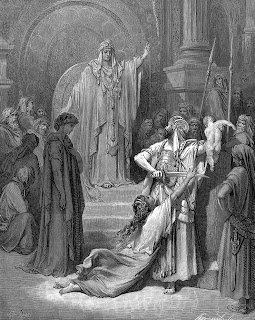 No wonder womankind has been so repressed, physically carrying a constant reminder of what the deceiver is unable to do. So this imposter sets itself up as the mama but what a heartless counterfeit.
Solomon’s wisdom revealed the imposter from the Real Mama. Two women came before this king each claiming one baby to be their birth child. Solomon offers to cut the child in half to share between them! The counterfeit mama is delighted with this outcome although the child will die. The Real Mama cries out for the child to live even if it means it goes to the wrong woman.

God is raising up and restoring women to truly embody the Mother heart of God. It will mean navigating the minefield of counterfeits, redeeming the kernels of truth that have been stolen without erring too far to the left or to the right. It is a fine line to be trod. The ONLY way through is intimacy with Jesus and trusting His choreography, not our own. It is an unknown way and there is no map….yet…..we are becoming the map.