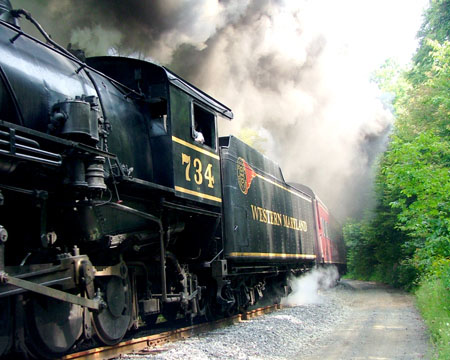 Overhead and looking down, a beauty of an old train was moving along its track at speed with steam and smoke billowing and puffing thickly. It was nearing a huge station ahead and began to slow down for arrival. This station was remarkable, regal even, with massive arches and pillars through which gold light glowed. Heady architecture mixed Greek, Roman and Victorian in grand structures with breathtaking height and scale. People thronged throughout this place of arrival swathed in the golden light and surrounded by a green paradise that steeply rose like an enclosure around this thoroughfare. 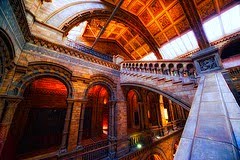 The train slowed right down as if to stop but it did not. It chugged in slow motion but never halted, deliberately taking in the beauty and soaking up the glorious atmosphere that was in this place. The whole scene seemed to depict the golden years of an era at its height. Gradually the train moved through the station, small movements all the while inching its way forward as if reluctant to leave this platform…. but the journey could not, would not stop here.

The speed picked up bit by bit until the direction turned definitely away from the golden station so that it was no longer in sight. The surroundings changed, the track was slightly up hill and headed into a dense wooded area, it was damp and the trees were full of green leaves. Even the track was made of wood; everything seemed busy with growth that it literally hummed with life. The way forward had lots of twists and turns but the train just kept going, following the rickety track upwards through the thick undergrowth.

Finally the train emerged from the wood and the track went into a steep up hill climb. The landscape was more sparse with autumnal trees of orange and red, the season was changing rapidly and winter was near as I could see mountains in the background already with snow on their peaks.
Reaching the top of its climb the train levelled out. Straight ahead was the deepest of ravines with the most delicate of bridges traversing it that lead into a tunnel hewn of rock. This black hole entered an intimidating mountain with no obvious exit. 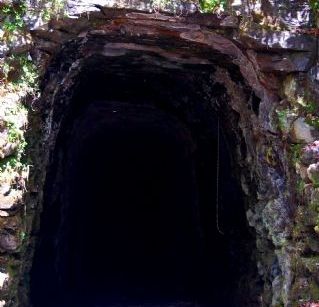 Everything happened at once, as the train crossed the ravine the bridge broke, the back end of the train was dangling in mid-air and threatening to fall. The next moment, the engine used all its strength to pull itself to safety, which it managed to do plunging straight into the black tunnel at speed. There was no choice but to enter this dark place and there was no way back. It was frightening as nothing could be seen and it was completely hidden. The only way forward was unknown so every movement was hesitant, every turn was taken with the greatest care and no assumptions could be made. The darkness had swallowed up the journey in this immovable mountainous Rock taking it deep into its belly. This was where what is hidden and dark came to the surface to be resolved, to be left here before moving on. This journey through the mountain brought the train down from the heights and through the heart of the Rock eradicating all selfish ambition and dizzy vanity. When this discarding and throwing overboard had been entirely realised then the track became straight. An immediate decent began until the train gathered momentum and at great speed burst out of the foot of the mountain…. looking utterly different! It was re-rendered and streamlined, it had been re-shaped in a dark bronze metal that had no joins and looked like a formidable machine. The metal it was made of was like nothing I have seen before, it was not a material from this world and nor was the construction. The old steam train was gone and in its place was a wonderful futuristic work of art that looked captivatingly supernatural in natural surroundings. 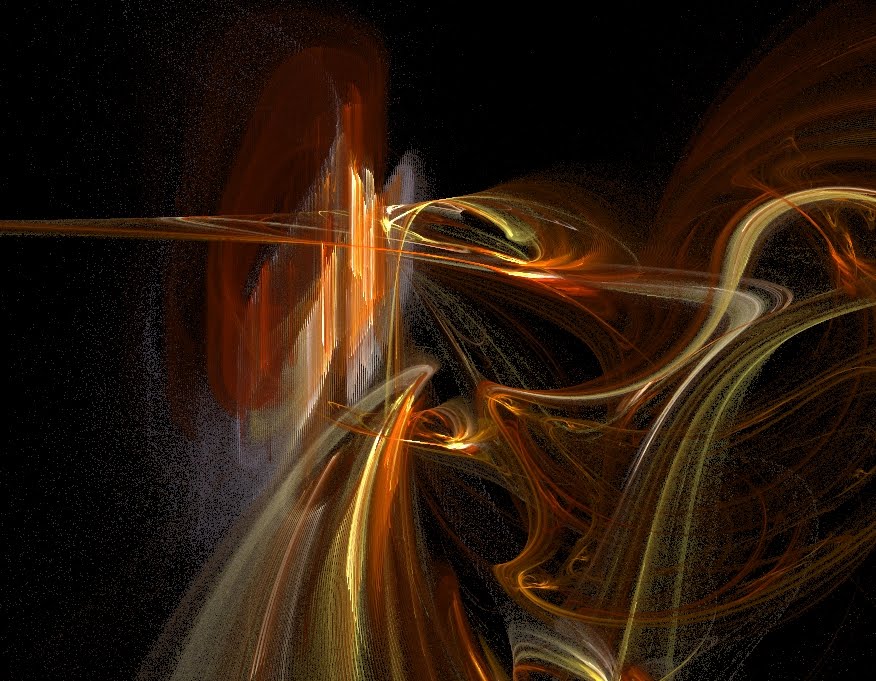