He flew down with a pitcher of liquid and plonked it on the floor in front of me, ‘Drink that’, He said. It had been 3 days now of struggling to consume anything and time was running out. 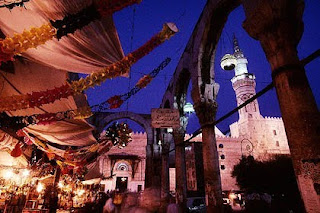 Damascus had called for an ancient well to be opened. So we walked through its nation and finally through its gates, to the feast it set before travellers, wooing them into its intoxicating embrace. This was the place where my Grandfather had found refuge from certain death and I immediately felt at home. The sky yawned wide open with possibilities and the mysteries of old ancient places hummed within its walls, causing my bones to resonate with its deep history. 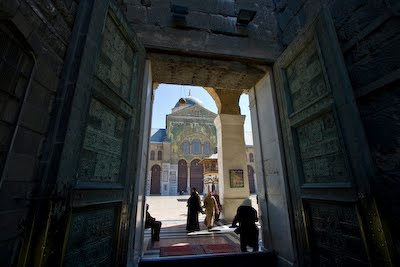 The concoction of colours and smells seemed to swirl around hypnotically drawing the senses as if I was drifting through the Souq markets on an underwater journey. Resting in the great Umayyad Mosque to keep an appointment with heaven’s will on earth, a haunting song from a beautiful voice hooked into my core. It’s beseeching wail reeled me upwards as if my insides had been caught. My mind was whisked off with the song high above while the rest of me draped downwards toward the floor. Meeting Damascus was an overwhelming encounter that filled the lungs with a heady oxygen, but would she give up her wares so easily beneath this surface?
We were here for a deeper connection.
When the head is above the clouds and the feet are firmly on the ground, it is the gut that takes the hits; the connection point between heaven and earth is challenged by a place and becomes restricted. I became very unwell and could digest nothing. The squeeze may come but it is only to clear the blockages so that heaven’s clarity can run freely through us on to the earth. 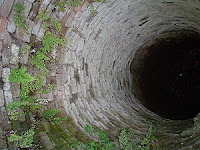 Months before, the only instruction I had, was to go and ‘open up a well’. At that time I had stood with a white lamb in my arm while lifting up a surface of land where black lambs were grazing.  Underneath I placed a giant key into the ground and easily spun it round with one finger. This had opened an old well that was in remarkably good condition.
But now, I was flustered, with only one day left in this ancient city and having been laid up with stomach sickness, there had been no more download on this assignment to ‘open a well’. I had no clue what to do, so with my furrowed brow in tact I had to drink from the heavenly well even though I was not impressed by the lack of further instructions. As I set my sights on the ‘One whom this is all for’, it was then the heavenly juice pitcher arrived on angels wings. I reached down and tipping it on end swigged the lot. It was liquid joy; I went from ‘furrowed brow rut’ to ‘floating feather freeway’ and tripped out the door on to the street. I sat with my friends to ponder ‘what to do’ over a coffee and I understood their familiar furrowed brows…if there is a key called ‘it’s ok to not have a clue’, we had yet to trust it, in order to turn it.
So Paul of Acts had been here long before, waiting for sight, three days he waited without food and drink, and then Ananias came to where he was on Straight Street. We were near the same place and it still carried the name, Straight Street, so we went there. Furrowed brows lightened somewhat but the questioned still remains, how do we open a well? 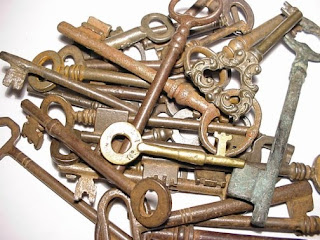 So we sat in the dust on the side of this undeviating street with no answers and began to drink-in the undiluted presence of the’One whom this is all for’. We drew… we drank… we rested and slouched…and drank some more becoming increasingly slumped into the dust as Syrians all around us went on with their daily routine. As we drank we drew more on the ‘One from whom all rivers flow’ until the density of His presence weighed on us like honey and saturated us like oil.
In this place sight did come, Ananias’ prayer poured out over us and the instructions fluttered past on an empty piece of paper…
To open a well, you simply have rest and drink beside it….after all, that is what Wells are for.
The key ‘It is OK to not have a clue’ was spun round with the strength of one finger and with ease an ancient well was opened on Straight Street in Damascus, that has been conserved for such a time as this.
So if you are in need of some directions, just go ‘straight on’ and remember that grace must be drunk straight in order to go where you do not have a clue.
Do not Deviate or Dilute 😀