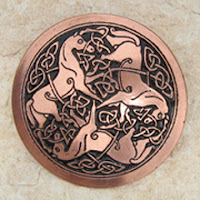 In all activity there is a context which helps to place the ‘micro’ in the ‘macro’!

I see three 10 yr waves… commencing three years after the Toronto pour out in 1994 to expose and remove control….a 33 yr vintage….

Firstly, 10 yrs from 1997 where a Wave of labourers toiled in the heat of the midday sun ploughing up the ground. The very sweat from their effort needed to drain themselves of the poison that empire pumped through their veins. For others, this was a buried time of the grave/tomb, 5 yrs of dying to the old ways followed by 5 yrs of tomb-time, as preparation for the next 10 years.

Secondly, I see 10 years from 2007 where a Wave of labourers dwell in the cool of the day to open up the old wells. It consists of 5 years where old ways are dying and 2012 is the pivotal halfway marker into 5 years; dead to all that has gone before and alive to all that is ahead. 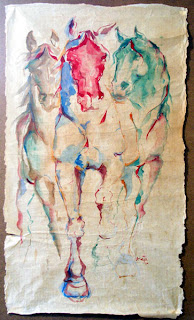 Thirdly, I see a further 10 yrs will then give rise to a Wave of labourers that are given birth to, by both those from the first and second Waves coming together.
(See ‘BURNT’ for more )

This will bring together ALL Three labourers from each decade as one workforce.

My sight is on the Third Movement, for The Three in One,
I walk for the Three to come together as the Godhead are One
And I know the key is Intimacy. 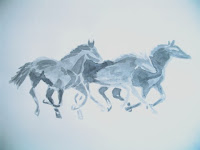 Within this context every season counts towards the culmination. Whether fallow, death, emergence or growth, all is being woven together in readiness for the third move/wave when all three decades of workers will join forces as one.
Into this context I see the ‘walking’ as part of the process, creating new connections across the land, correcting old connections and opening up connection points for Jesus; creating a grid for heavens access and messing up the grid that has been a landing strip for ‘control’ in this nation over and over again. No talons of control are to find their bearings….all coordinates will be miss matched because the grid of empire has been so messed up and disconnected.

All it takes is little ol’ you and me
With Jesus living in our bodysuits
And messin’ with our heads
As His love blows our minds.
IF what began in Toronto in 1994 proceeded 3 decades from 1997
Then we could be living in a 33 year vintage, and we all know that
AD33 was the best wine of the bridegroom…Jesus Rocks our World!
Drinking the pure vintage of water into wine fulfillment : Jesus
…………and alotta glory on tha feet