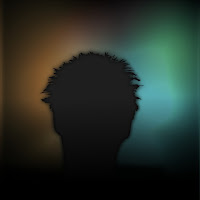 He was shadowing me, a quiet presence behind my left shoulder. Eventually, revealing my awareness of him I turned and asked what he wanted. Immediately he began to whiz around me in circles as if his cover had been blown. I just kept walking. A little off the ground, the wispish vivid green youngster could hardly contain his curiosity as to what I was doing here on his stomping ground. I waited for this verdant incandescent whirl to out-run itself and as he finally hovered in front of me, I informed him that I had come with a message. He paused for longer, cocking his head to one side and screwing up his face to listen. I had come with news …..

‘The Lion is on His way and it is time to get ready’.

His reaction to this was to burst into an increased frenzy of circles in mid-air and then freeze on the spot struck by a thought, ‘how did he know that I was to be trusted or that this was true?’ Instinctively, I raised my palm to his face and showed him the sign on my hand as proof of my status. He backed off as if buffeted by what he saw and was impressed. Momentarily, he seemed pensive as if considering the seriousness of this news and then his eyes began to dance. That he should be entrusted with such a message seemed to infuse him with a nervous energy that he could not contain. This notion must have been quite overwhelming and a multitude of distractions began to tumble from his being like a chaotic firework. I knew this was a critical moment when my communication would be lost in his mayhem. My demeanour completely changed so as to arrest his focus with my directive. I was insistent and firm… every village and every town must be told this news.

All the life appeared to drain from him as if he had fallen into a sudden depression. The underlying disillusionment that my message conjured up was indeed very real. He could not help his apathy but began to drag behind me as if loosing the ability to believe, to even hope. Akin to keeping someone awake who must not fall asleep, I urged him on with sharp words of truth. It was these words that continually arrested him, forcing him to remain alongside me and focus as I recited the same message emphatically.

Now it was as if I was encircling him with each deliberate utterance to hold him in place, seizing him until the words were no longer external but taking root inside of his Irish self…. and then, quite unexpectedly this download of information completed and the message transferred. Endearingly manic, intense, insecure and in obvious pain, he had managed to absorbed the news that hope is on its way and with that message he was gone. 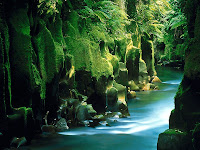 This was one of the most testing of forays I have made to date, but so valuable if a connection is made through such skirmishes. As I wend my way I maintain my focus on you Ireland, I know you are ahead even if ‘not yet’. When the time comes I hope the message is synchronised with the fiercest of roars that breaks every stone table of death. You are a crux, a central figure, a vital, critical pivot and I see you.