I paced up and down at the back of the room listening to one person after another take the hot seat in the spot light and expound on what they thought and wanted. God it was awful. The curtains were closed and we were stuffed away in some lofty high rise structure way up on the fortieth floor. The more opinions were voiced, the more I wanted to scratch the very skin off my arms with agitation. I waited and waited for someone to mention the real reason why we were there and the connection with the One whom this was all for but there was none.
As I reached my silent threshold there was a break in the proceedings and we stepped into a side room which revealed daylight. In desperation I went to the window and looked down on the city far below. To my amazement and relief I could see a lion standing in the downtown area easily as tall as the regular buildings. He was perfectly still….waiting. I knew He must know I was there; just my thought must have been enough for Him to be aware of me so I willed Him to look up but He did not move. I tried 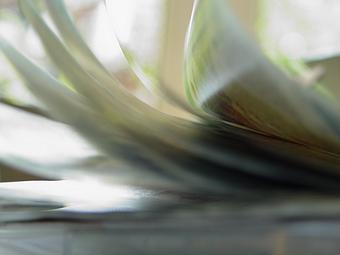 every way to divert His attention without making a commotion in the room, but to no avail. In frustration I spontaneously slid opened a window which allowed a gale force wind into the breakout room. Papers went everywhere and people were dismayed at my behaviour but I had lost control. I lent out of the window shouting, every word wind-whipped from my mouth at such a height but I just knew He could hear me.
‘Oi!’ I yelled, ‘You!…..I love you! I can’t live without you….. look up here, I know you can hear me….I’d rather die than not be with you…’ I hollered and waved but it was useless, He did not even flinch.

By this time I had caused such chaos in the room and people were urging me to close the window. It was a matter of seconds as I looked back at them and then below at the Lion in the city, such a wave of desperation exploded and I knew what I had to do. I was convinced He knew I was there. If I jumped surely He would have to catch me and if He did not then I would rather die falling. With that I scrambled over the ledge, let go and leapt into mid-air. I was hoping He would rush across the city to catch me, that eventually I would land on Him and be rescued. Instead I just fell and fell, plummeting through the air, tears of despair pouring from me because I felt no landing and did not know whether I had been caught or not.
Five long years passed by and the despair of ‘not knowing’ had been buried by time.
Early one morning as I walked in the Dordogne hills it spontaneously surfaced. As The Lion came and padded beside me which was now a usual occurrence, I found myself recalling leaping off that institutional ‘high-rise’ and remembered the sadness of falling… With sudden recognition and wonderment I turned to Him and gasped, ‘It was YOU, it was YOU all along!  …So You did see me…. You did catch me and I did land in your mane….I was just falling for all that time…falling for years and now here we are.’

The Lion immediately turned His face towards me as if He had been waiting for my realisation to dawn and with that He bellowed with terrifying force…  a deep, bone shaking roar reverberated through my body causing me to judder sideways across the road. The unpronounced words thundered through me as a force from His mouth, the word of The Word hit me like a wall of sound.

It was violent as it was truth, causing everything to shake and lose balance in its path. I staggered, winded, rocking with this encounter and remained in complete silence as the comprehension of such devotion slowly surrounded and steadied me.

I still keep falling …..falling for the One I come from, and the One I go to, I cannot help falling, falling in love.